What is Hay Fever?

Hay fever is an allergy caused by pollen or dust in which the mucous membranes of the eyes and nose are inflamed, causing running at the nose and watery eyes.

Hay fever is known medically as a seasonal allergic rhinitis. Is an allergic reaction to pollen and spores, the microscopic grains that plants, trees, grasses or fungi use for fertilisation. In spring,

Springtime and early Summer are when most plant life comes into bloom. Plant life, flowers etc release pollen and spores in order to reproduce. Insects transfer pollen, but other plant life releases their pollen onto the wind. It tends to be this wind-borne pollen that causes problems for people with allergies.

The worst days in Ireland for hay fever sufferers are hot, sunny days with light winds and no rain. The heat and the sunshine encourage plants to open their pollen sacs, the wind disperses the pollen and the lack of rain means that the pollen remains in the atmosphere longer.

So how do you know you are suffering from hay fever?

Often people mistake their hay fever symptoms for a springtime cold. It is an easy mistake as the symptoms are very similar.  The clue to whether it is hay fever or a cold is the longevity. The symptoms of a cold will ease after a few days, whereas the symptoms of hay fever, like any other allergic reaction, will remain as long as the sufferer remains exposed to the allergen – pollen.

Emmett Walsh, Medical Herbalist at Roscore Clinic says his formula for hay fever is a “simple formula and the idea behind it is that it stimulus the sinus to get rid of the excess mucus which is produced as a result of the allergic response”.

So Emmett’s “Simple Formula”  is as follows: He doesn’t claim that it will work for everyone but it is worth trying. 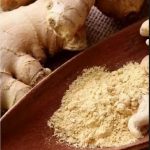 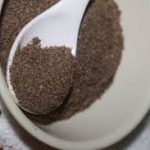 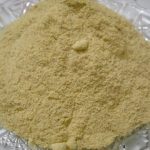 However, it is important that you use the power form of these spices.

Mix  1/3 of each of 3 spices together and mix with water.

Take 1/4 of a teaspoon  at least twice a day depending on your needs.

It is as simple as that.     Listen back to Emmett tell you again.

Now go ahead and try it and please we would love to hear your feedback on Emmett’s Simple Formula.

Visit our YouTube channel and see the video on Hay Fever and lots more natural remedies and treatments.