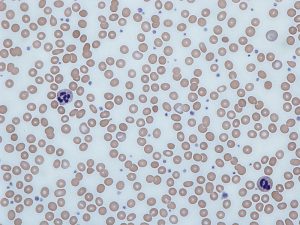 Other types of anaemia are:

What Are The Symptoms Of  Anaemia?

General symptoms of anaemia may include:

So How Does A Medical Herbalist Treat Anaemia With Natural Herbal Medicine?

A Medical Herbalist, would complete a full medical case study and ask the right questions and from that, you’ll be pretty sure if it is anaemia. You don’t really need blood tests but then again blood tests will confirm the level and you can measure a response but you know, the type of symptoms that will be seen in people with low iron and consequent low haemoglobin levels. Haemoglobin carries the oxygen so you’re going to have less oxygen circulating in your body so you won’t be able to exercise as much. You’ll have less energy. You may drop your weight.

For iron-deficiency anaemia, a medical herbalist will recommend changes to your diet to increase your iron intake foods rich in iron include lean meat, green vegetables, fruit, wholemeal bread and beans.

But depending on the cause, there’s not a one-size-fits-all solution. Let’s say it’s down to not having enough acid in the stomach to absorb or to facilitate the absorption of the iron. That’s different than perhaps if there’s a menstrual cause.

You address whatever are seen to be the main factors involved in the low iron and the consequent low haemoglobin. So you may have to supplement with B12. Vitamin C is a key component in the absorption of iron so supplementation with vitamin C is essential. The best supplement for iron deficiency is Floradix.

Floradix is a natural iron supplement which is available as an elixir and in tablet form. The elixir is made from herbs, fruit and vegetable juices (such as spinach, fennel, nettle, beetroot, grape and blackcurrant), and other ingredients that increase energy, vitality and resistance. 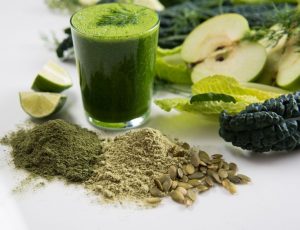 Anaemia, won’t subside. It needs to be treated.  The cause of the iron deficiency needs to be identified and treated.  So from the herbal end of it, you would give herbs that would improve liver function. It’s centrally involved in iron metabolism.

You would give herbs

There’s a hereditary component in some of these things so that may involve having to be constantly watching your iron levels throughout your life, and this is a common thing. If the person corrects the things that are involved that are part of the problem, the person may go on to live a normal life without any assistance, but initially, invariably assistance is required.